A viewing will be held Monday, November 14, 2022 from 11 a.m. until 11:45 a.m. with the funeral service following at Noon in the chapel of Howell Funeral Home & Crematory in Goldsboro.  Burial will be held at Eastern Carolina State Veterans Cemetery in Goldsboro.

Mr. Wade was born in Virginia on January 27, 1954 to the late William and Neider Wade.  He served his country faithfully retiring with the United States Air Force receiving the highest enlisted rank.

He leaves to cherish his memories his loving wife, Jessy Wade; two sons, Jesse Atkins and wife, Tina of Maryland and Gary Manigault Jr. and wife, Korketia of Durham; two sisters, Grace Wade of Ohio and Anita Bradford and husband, Howard of South Carolina; five grandchildren, Gabriela, Julian, Kalik, Mya and Tarik and a host of nieces, nephews and other relatives and friends.

To send flowers to the family or plant a tree in memory of SMSgt (USAF) Tenar-Maderia Michael Wade, please visit our floral store. 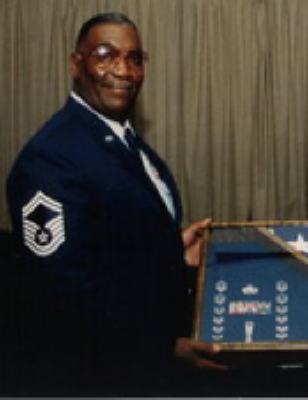