Mr. Albert F. Macklin, 91, passed away peacefully on Monday, January 9, 2023 in his home surrounded by family. Albert was born July 4, 1931 in Mineola, New York but was reared in Boydton, Virginia. He was the son of the late Talmadge and Jean Macklin and a brother of the late Roslyn Macklin and Bessie Macklin Ellis.

Funeral service will be held Friday, January 13, 2023 at 1 p.m. in the chapel of Howell Funeral Home & Crematory in Goldsboro.  Burial will follow with military honors at Eastern Carolina State Veterans Cemetery in Goldsboro.  Visitation will be held prior to the service from Noon until 12:45 p.m. at the funeral home.

Albert retired as a Chief Master Sergeant after serving 20 years in the US Air Force. Albert also retired in 1991 after working 20 years at the Boystown Correctional Facility in New York. Following his retirement, he relocated to Goldsboro, NC and made this his permanent residence until his passing.

Albert took great pride in maintaining his yard and growing his fruitful garden in which he shared his harvest with loved ones and members of the community. Along with this, he always looked forward to helping the homeless and less fortunate by donating turkey dinners during Thanksgiving and Christmas. He will be truly missed.

To send flowers to the family or plant a tree in memory of Retired Chief Master Sergeant Albert Macklin, please visit our floral store. 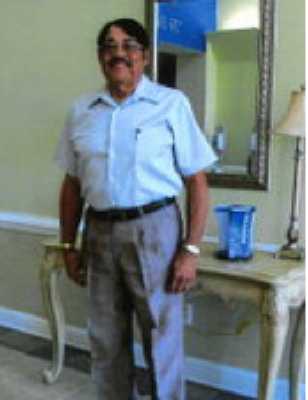