Share a memory
Obituary & Services
Tribute Wall
Read more about the life story of Gaynell and share your memory.

Gaynell Durham Lofton was born February 12, 1925 in Goldsboro, North Carolina to the late Lonnie Durham, Sr. and Maggie Sutton Durham.  She passed from labor to reward at Goldsboro Assisted Living on January 21, 2023.   Gaynell was reared in the Elroy Community and raised on a farm.  She attended Wayne County Public Schools.

Gaynell loved the Lord and joined Millers Chapel AME Zion Church at a young age and attended as much as possible until her health declined.  Gaynell never complained about all the obstacles and adversities she faced throughout her life.  She simply endured them all knowing that God will never put more on you than you can bear.

Gaynell was well known throughout Goldsboro because of the many customers she met and served while working at the Green Parrot Café.  Gaynell was a jolly person and loved having family and friends over for gatherings.  She had an infectious laugh and a smile that would light up a room.  Gaynell loved to cook and made sure you were offered food anytime you visited her.  Gaynell’s favorite hobby was watching Wrestling.

Loving memories will be cherished by her two sons, Victor Love (Crystal) of Dudley, NC and Vincent Lofton of Washington, DC; daughter, Maggie Ann Cobb of Newark, NJ; thirty grandchildren and numerous great-grandchildren and great-great grandchildren; one sister, Margaret Durham Body of Goldsboro, NC; a distinct daughter-in-law, Brenda Watkins Lofton of Goldsboro, NC; a Godson-in-kind, Yusef A. Knight of Newark, NJ and many other relatives and close friends.

To send flowers to the family or plant a tree in memory of Gaynell Lofton, please visit our floral store. 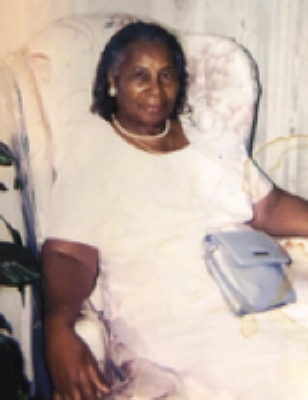